With our most recent update, leopard variations have expanded for breeds that have leopard genes. However, Tennessee Walking Horses and Irish Cobs both have limited leopard genes as their genes are extremely rare. Earlier today Aren spotted two unusual spotty equines out in the wilds and has brought them into town. Turns out one is a Tennessee Walker and one is an Irish Cob!

To raise funds for an upcoming event, Aren is auctioning off leopard variation mares of the Tennessee Walker and Irish Cob breeds. These mares are the only variation #4 of their kind that will ever be released.

As a reminder, we have a poll open to vote for the next breed to update! We have quite a few more breeds to update and our second round of voting is now open. Our next set of breeds up for voting are American Paint Horse, Thoroughbred, Mustang, and Irish Draught.

Have a wonderful weekend everyone! 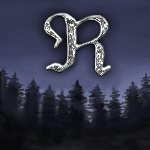 TY for this opportunity, ignore my last question if anyone saw that, I didnt quite read it well enough! Ty for the new variation on TWH's ty ty ty!! 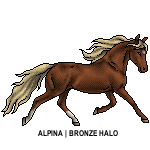 Will the auction be soft close ?

I hope the American Paint stay the same tho. Love their art ♥️